The relaxed forested community of Summit Park is a collection of new and old. It was established around 1957, primarily for summer cabins. It is conveniently located 10 minutes from Park City and 15 minutes from Salt Lake City along Interstate 80. It encompasses 21.7 square miles at an elevation of 6800 feet.

Summit Park sits adjacent to Parleys Summit and is named after Parley P. Pratt, an early settler who was contracted to build a toll road. “The Golden Pass Road”, as it was called, was started in 1848 and completed in 1850. It was considered the primary western route into the Salt Lake Valley. Parleys Canyon was also used by a narrow gauge spur line, owned by the Denver and Rio Grande Western Railroad. Remnants of this rail line, namely the cuts for the “Horseshoe Curves”, can still be visible on the south side of the interstate as you reach the summit.

Their site serves as a hub where members can get updates and news about what's happening in the community. That's why we've gone for a simple and blog-focused design which is versatile and user-friendly for the HOA administrator.

Responsiveness for a Community On the Go

The residents of Summit Park are busy people who are often out and about, working or participating in the many recreational activities Park City has to offer. Because of this, we've designed the site to be used easily from a mobile platform. 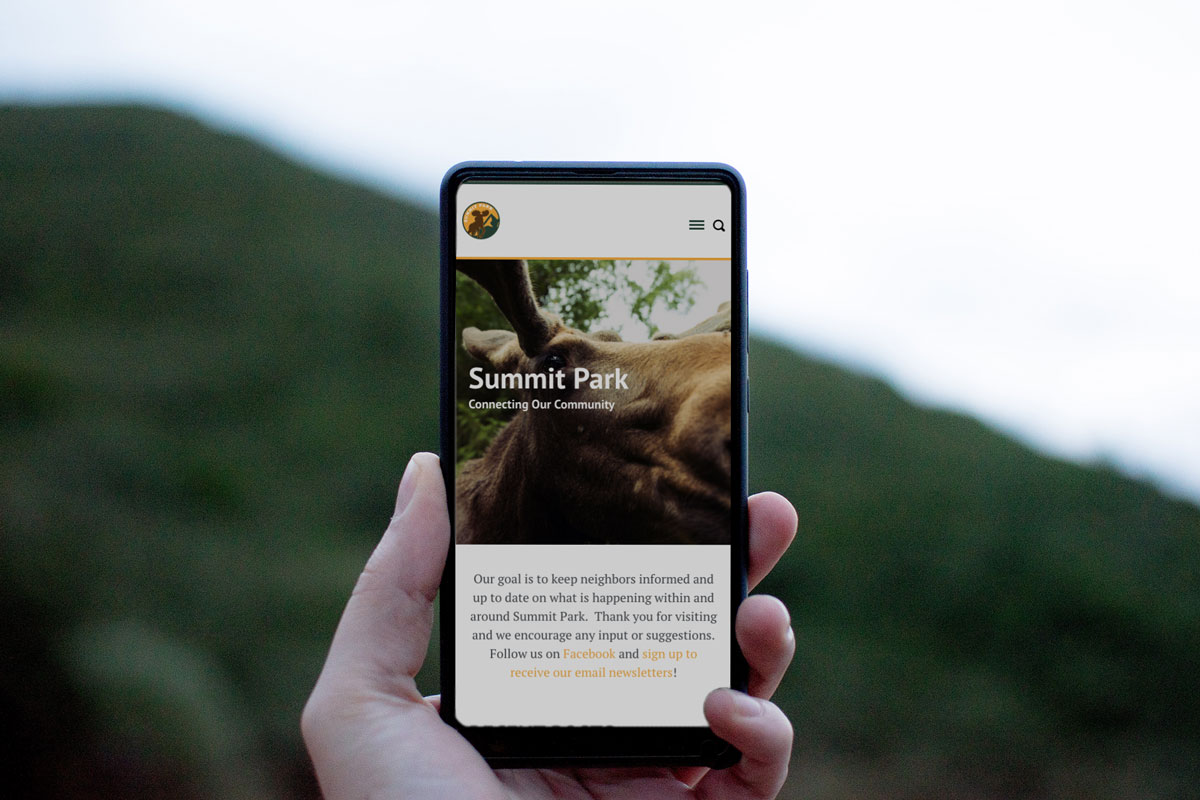 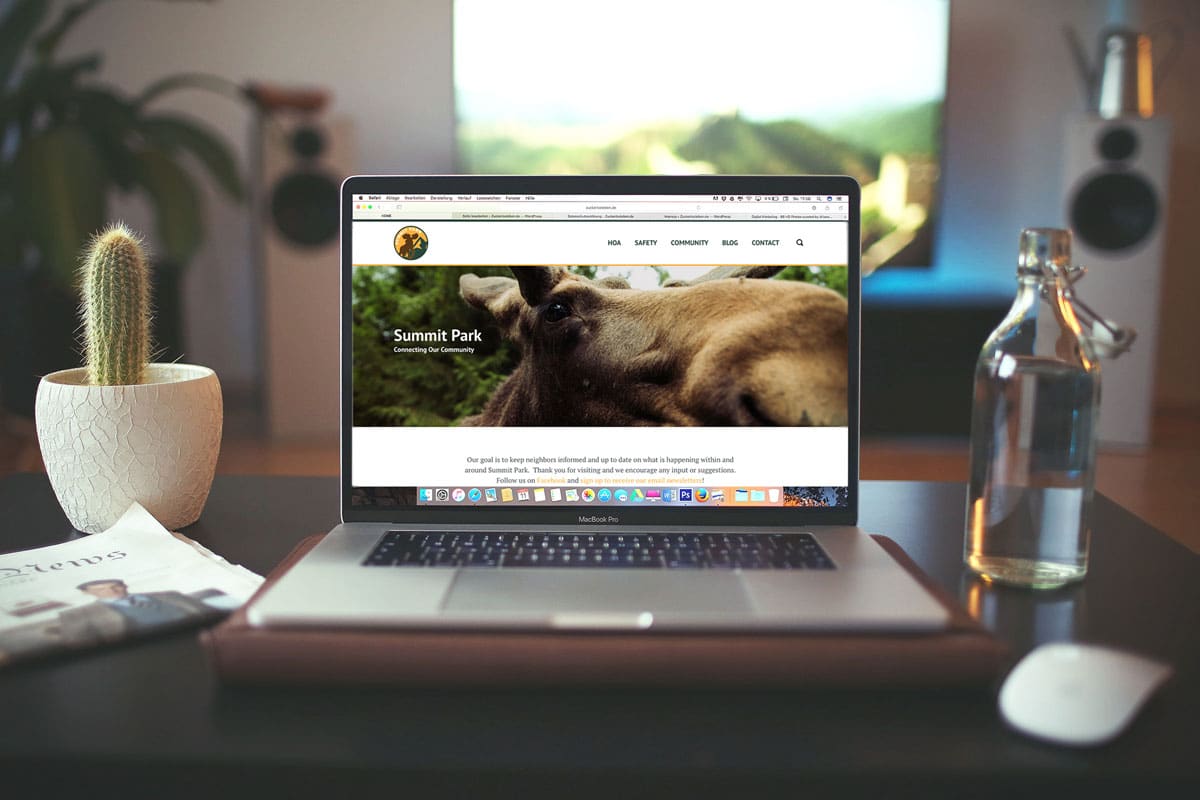 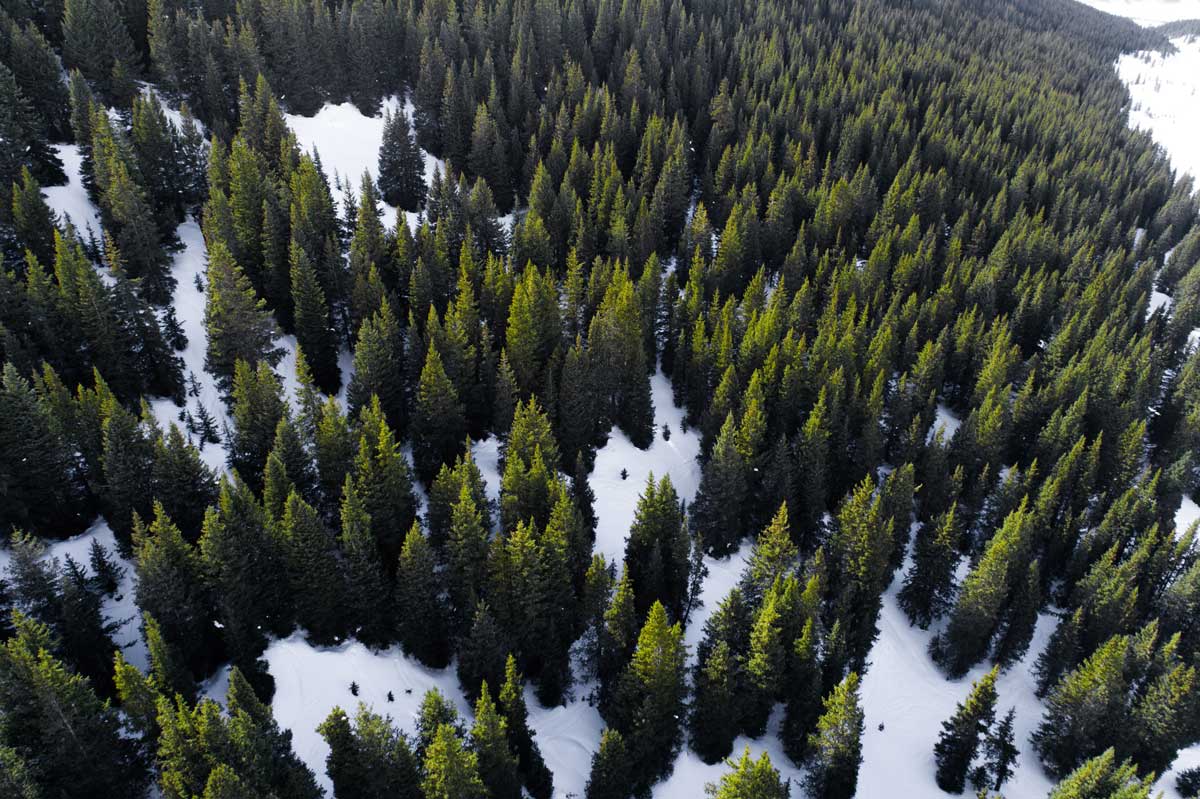 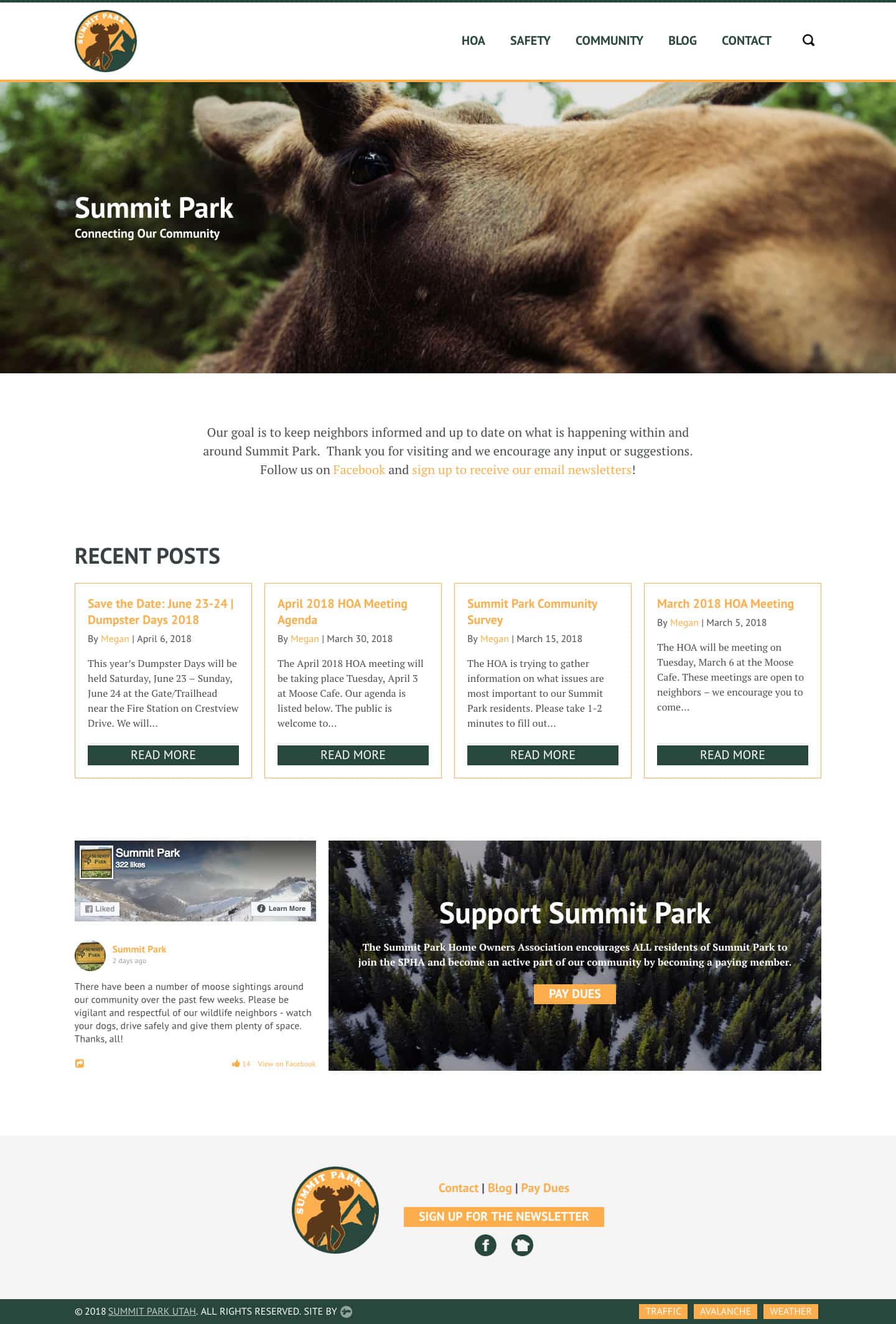