After a couple weeks with Chrome, it finally crapped out. Back to Safari, and the occasional ram overload.

Something is wrong with the Finder in Mountain Lion. Too many beach balls.

@Bjarni it’s a good thing we’re not rated by our ability to distinguish fonts, eh? I think I just got lucky :)

@TPlouffe24 nice to see you taking care of the inside stuff again.

@OpsahlChris Starting out with M83 is a great start! Looks good.

@alexdeckard I tried designing in the browser once and gave it up. I can see the benefits, just can’t do it well.

@kylewaynebenson I agree with you, but I’m weighing the cost. Typekit has a huge library for $49 a year – for me _and_ my clients.

My inclination is to purchase webfonts as I’d rather own than rent, but Typekit’s pricing model is tempting.

Anyone have an opinion on using Typekit or Font Deck vs licensing web fonts outright?

“Ambling Alp” by Yeasayer is my new jam. ♫ t.thisismyjam.com/spigot/_2xdlwvz

@joeartdotcom @outdoor_mom Congrats you two. Enjoy what ever you’re planning on doing today!

@alexdeckard Yeah probably. I can play them locally, but taking them mobile might not work.

@alexdeckard I’m pretty sure Spotify does that… it keeps asking me to import my iTunes library and I reject it.

@alexdeckard Yeah, they deserve props there for sure. Spotify won out for me because of the music.

@alexdeckard Have you noticed this with Spotify too? I haven’t given Rdio much of a chance lately.

I really should be buying in to Typekit, but I keep finding more and more quality fonts at Google.

Who needs a Tauntaun when you have skis? designtaxi.com/news/353360/St…

Most emails I send are quick and easy to bang out and send. Others require a bit more thought and grace. Esp. when I really want the job.

How important is semanticism when building a grid system? Are ‘columns’ any more semantic than ‘spans’?

Wondering about best practices for grids and fluid grids. Has Twitter Bootstrap become a standard?

@tweet4ESTtweet The longer I do this, the farther from the edge I get.

I’m starting to get the hang of Git. Now I suppose I’ll need to learn Less.

My favorite point in any project is after the design has been approved and it’s time to begin the first fresh bits of code.

Updated a previous post about over the air TV reception in Park City. Added a list of channels we get and quality: spigotdesign.com/2010/09/park-c…

Yet another says the Spigot logo looks like a ‘sad little guy.’
So I added a little happy: cl.ly/image/190J432q…

@joelsalisbury Most say he’s an _angry_ little guy :) Can’t seem to bring myself to redesign it

More on my suspicion that PED’s in baseball is not a Past Era: espn.go.com/mlb/story/_/id…

@Twins Can you provide airfare from Salt Lake if I win a ticket? ;)

Anybody want a three month trial on Dropbox Pro? 100 GB storage… I’ve got one to give away, just need your email.

Wow, I might actually be falling for this Kirby vacuum salesman’a pitch.

It bothers me every time I hear someone use the term “the steroid era” in baseball.

As if it were in the past.

@joeartdotcom Now I know how you get your millions of followers: pic.twitter.com/7JoBbAjg 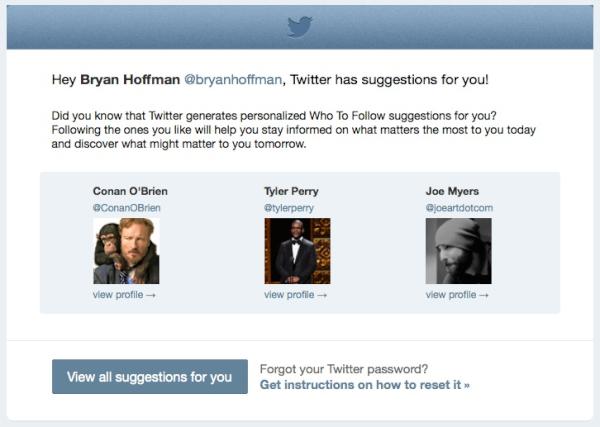