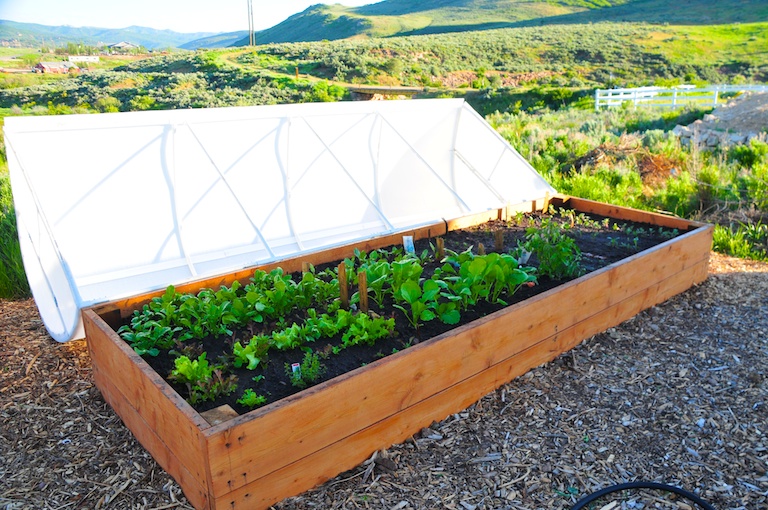 After suffering complete failure (due to climate and critters) with our 4×4 gardens last year (click here for a picture), we wentall out this year with a new system. It’s bigger, raised up a bit more, and most importantly, completely covered.

The cover is made of Solexx, a double walled corrugated plastic material that kicks some greenhouse butt. We put it on a hinge to be able to get in easily, and added windows on each side for venting and watering. It’s not too heavy to open, but it’s enough of a PITA that the windows make watering so much easier. Here’s why Solexx is so awesome:

This was designed and built by Kari and I. Cost was around $400. Mostly for the Solexx – it’s not exactly cheap, but we’re hoping it will last for years and pay for itself. Heck, with the amount of kale we harvested this year it’s already paying for itself!

This site uses Akismet to reduce spam. Learn how your comment data is processed.